On the Hoogstraat in Erp is the old garage / workshop where Ad van den Bosch in 1964 started with Van den Bosch Transporten. This garage is still there ; the following pictures show the difference between 1964 and 2004 .... 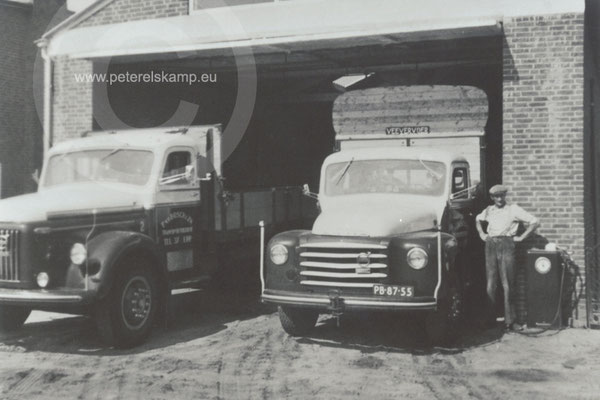 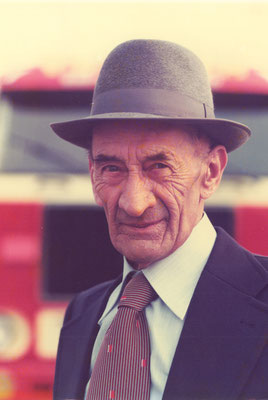 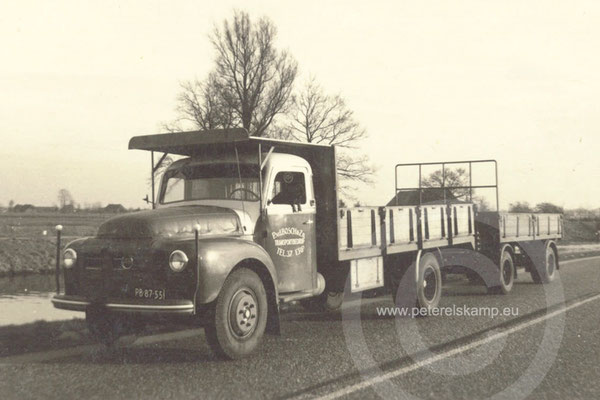 Hoogstraat Erp - The 60's of the last century ; the first trucks of Ad van den Bosch 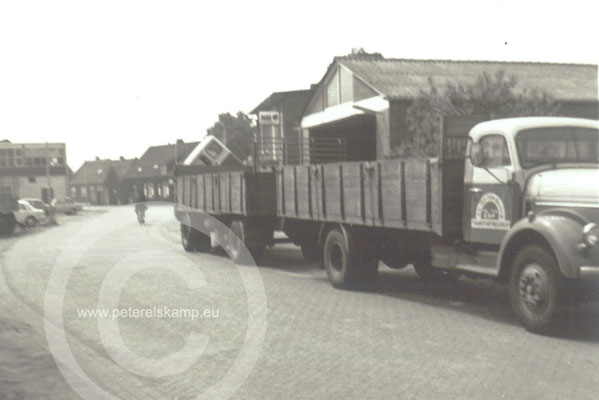 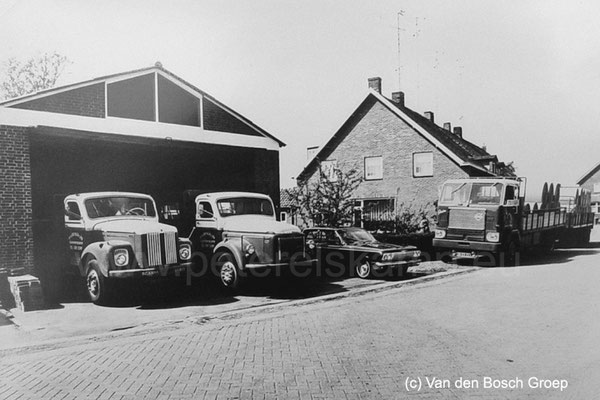 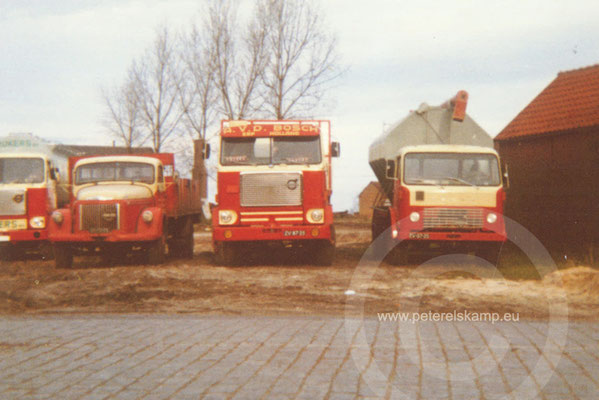 The following pictures were taken in 2004 to celebrate the 40th anniversary of Van den Bosch Transporten.  Ad van den Bosch and two employees from the very beginning, Jan Verhoeven and Wim van den Broek pose before the old garage. Both were still active for the company in 2004 ! 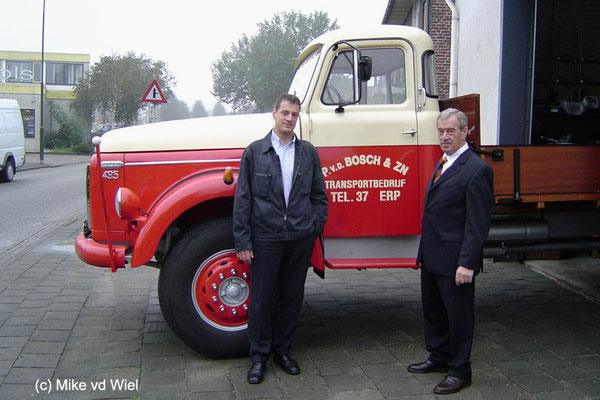 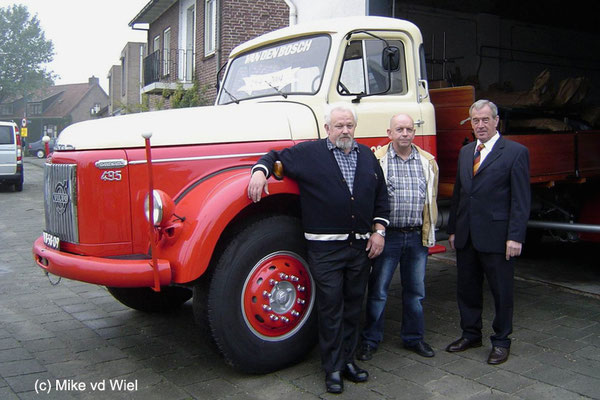 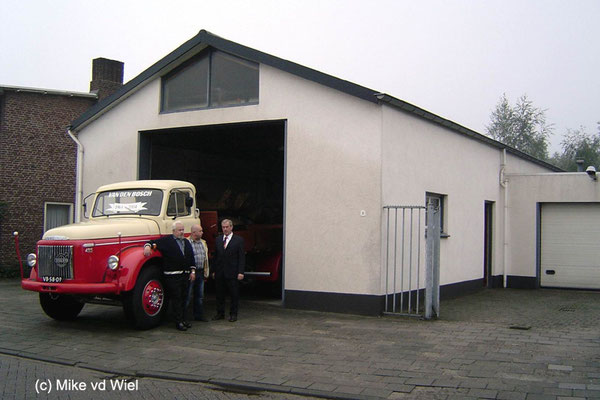 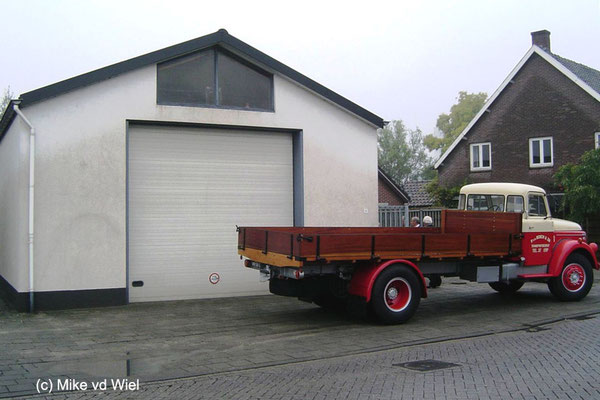 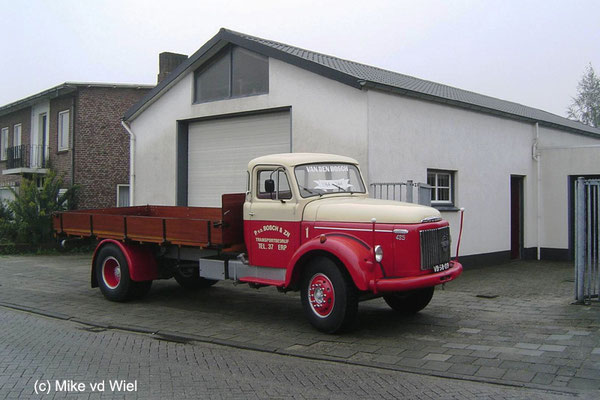 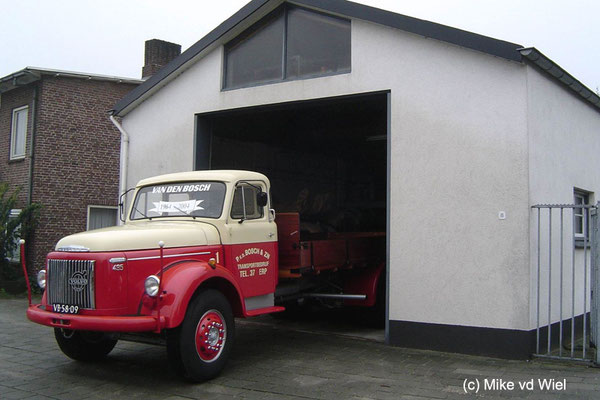 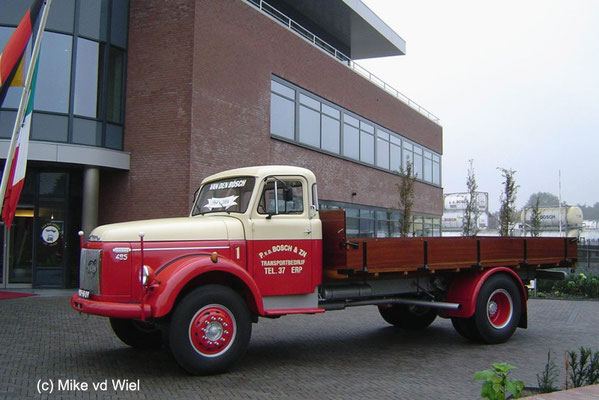 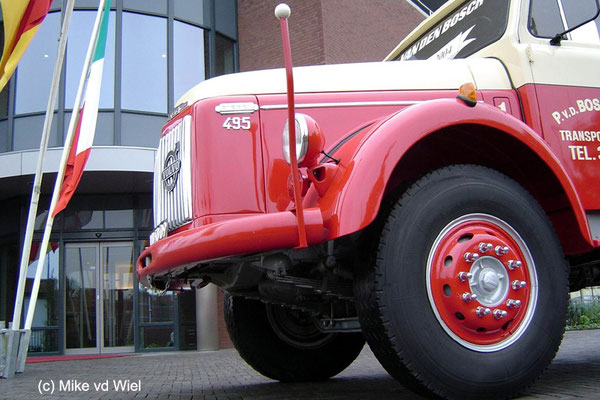