These scale models (1:50) were build by Sjaak van Meel from Holland.

(Thanks to Sjaak for the photo's and information)

Sjaak van Meel has been building models since he was 15.

"Since 1992, during the school holidays, I drove for several years with various drivers. Including one who drove for Van den Bosch at the time, namely Peter vd Berkmortel. He drove the 0211 at the time, usually with Jumbo tank trailer 284 behind it, and transported liquid bulk.

I mainly build models of cars from the Helmond region. And in particular from the period 1975 to 1995.

There are plenty of the standard Van den Bosch tankers available in the trade. Thats why I made the choice to build a Jumbo tank.

The tank is built from a PVC pipe with a diameter of 50 mm. Pipework and boxes are made of plastic sheet and profiles.

There was also no tipper-combi, so I built that one later. I used the original Tekno cab (from the 0125). I transferred this cabin to a rigid chassis. Then I built the bins and trailer myself from plastic sheet and profiles.

Same story for the tank tipper. This is a chrome Tekno tank, which has been shortened and can tip. The boxes etc. are made of plastic sheet and profiles. " 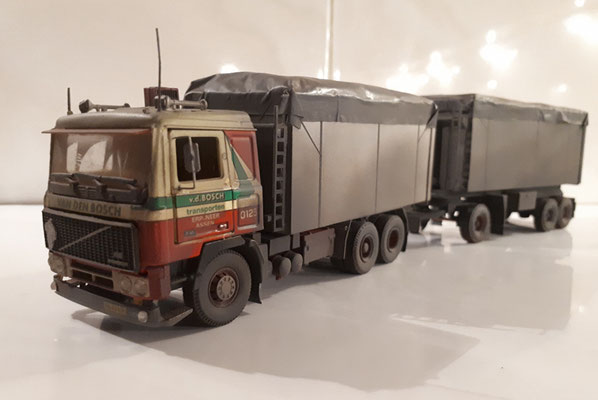 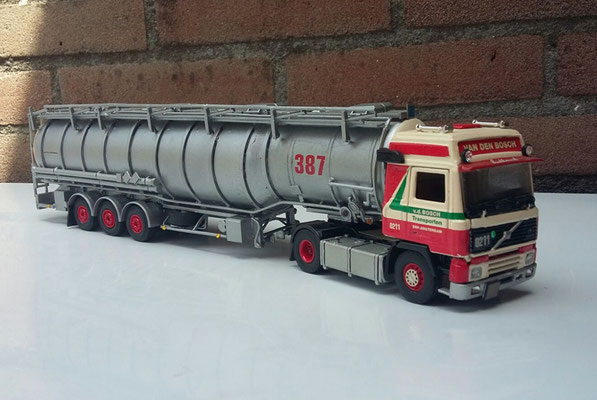 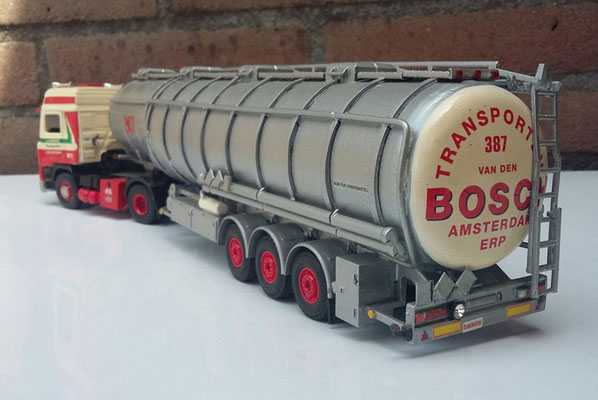 And some from hoefnagels :